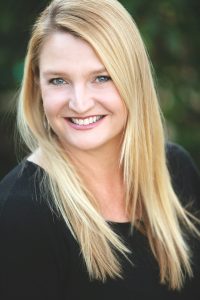 Justine moved to Austin in 1991 on what could best be described as a whim. She and a high school friend decided to leave California to see the world; they threw a dart to pick their first stop. The dart landed near Corpus Christi—Austin was the closest city they were interested in. If it didn’t work, Justine reasoned, she could move to New Orleans. Little did she know that it would more than work: Justine would grow to love Austin and its surrounding areas and make them home.

Justine and her husband, Kevin, bought their first house in South Austin in 1997. It was the realization of a life’s dream for Justine. Growing up the child of a free-spirited single mom, she’d never had that type of stability and her family never owned a house. Justine began turning her hobby into a career when she joined Keller Williams’s Realty International as a web designer, and her interest and enthusiasm just kept growing. Justine and Kevin have since sold that first little piece of South Austin, but have also known the joys of living in Driftwood/Dripping Springs and in Oak Hill.

Justine became an investor in 2002, when she bought a small fixer-upper on the East Side. Justine was featured in season 2 of TLC’s (The Learning Channel) Flip That House, rehabbing a house she’d moved to the East Side. Moving and remodeling houses is another of Justine’s passions. “The architecture and style of Central Texas in the 20s through 40s just has a kind of soul. Sometimes I joke that I’m saving South Austin’s houses one at a time – but by moving them.” Justine has experience in land development, new construction, rehab projects, house moving, and condo conversions.

Justine is the mom of two terrific kids, which gives her insight into the issues facing families in deciding where to move. When he’s not on the road with Dwight Yoakam, or Willie Nelson, her partner in crime, Kevin, plays in Austin with Heybale! and is highly sought after to provide the bass line for many other bands as a guest and session musician. Justine’s family has probably been to nearly every hill country swimming hole and BBQ joint, taking advantage of all that Central Texas has to offer.

When Justine’s not out selling real estate she loves taking the back roads, visiting small towns, seeing live music, and finding treasures at estate sales.